Was your ancestor a war hero? 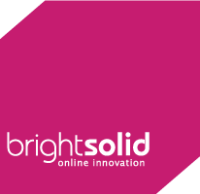 brightsolid today announced it is to acquire Friends Reunited Group from ITV plc for £25 million. The completion of the deal is subject to clearance by the competition authorities.

brightsolid is a fast growing online innovation business owned by DC Thomson, one of the largest privately owned media and publishing groups in the country. A key part of brightsolid's strategy is building businesses that link "people and places" on the internet.

Friends Reunited is the original social network with 20.6 million members. It was launched in 2000 to put old school friends back in touch with each other and swiftly became a British media phenomenon. Sister site Genes Reunited was launched in 2003 and is currently the UK's largest family history website with over 9 million members worldwide and 650 million names listed. Together with Friends Reunited Dating, the group attracts three million unique users per month.

The acquisition of Friends Reunited Group would create Britain's leading genealogy business by bringing together Genes Reunited and findmypast.com (which operate the official 1901 and 1911 Census websites respectively in association with The National Archives) and ScotlandsPeople in partnership with General Register Office for Scotland, the National Archives of Scotland and the Court of the Lord Lyon.

brightsolid was advised by HMT Corporate Finance on this transaction and Macfarlanes provided the legal services.