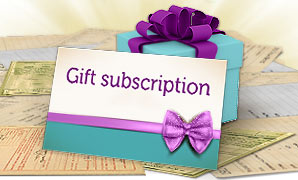 Buy a gift or redeem your gift

We have quite a broad selection of military records ranging from 1656 to 2005. There is a drop-down box next to 'military category' with a complete list of the military records we have. You can search all of the records or a specific category.

Our records cover both the first and second World War and other important events such as the Boer War and the battle of Waterloo.

As the records are all very different, the amount of information you see will vary. Some of the records have images and some are just transcripts. They are a great insight in to the military life your ancestor would have led. Our records cover all ranks so you will find both officers and soldiers listed.

ancestor would have led. Our records cover all ranks so you will find both officers and soldiers listed. We have found the death of Wing Commander Guy Gibson, who led the infamous Dambusters raid, recorded in 1944 in the WW2 death records.